SHEPHERDSTOWN, W.Va., — In January, Zoe Nicewander took the first steps toward the pursuit of a career that could one day land her on the cover of Vogue magazine.
It has been years in the making for the 21-year-old Shepherd University senior.
“(When) I was 5, I would watch America’s Next Top Model with my mom,” the 21-year-old English major and budding model said in a recent interview.
Nicewander said she was supposed to be in New York fashion week this Fall, but was denied after her face was deemed unfit because of mild acne skin condition.
“It’s been my biggest problem – ever since they met me, they were just like ‘you need to work on your skin and not eat carbs, and work out every day to flush out impurities and stuff,’” Nicewander said.
Accutane was offered as a skin treatment, but Nicewander declined, saying it would be bad for her body overall.
In the modeling world, Nicewander says many girls are 14 to 16-years-old, an age where puberty has yet to set in, leaving them with perfect skin.
Nicewander said she was an option for Bobbi Brown Cosmetics, a high-end beauty line, but was ultimately denied because of the condition of her skin.
“Once you get those beauty shoots, it pays a lot” Nicewander said.
After taking the 2019 Spring semester off to pursue modeling work, Nicewander decided to return to Shepherd due to financial reasons.
“If you take off (school) for six months, then you have to pay back your student loans right away and I can’t do that,” Nicewander said.
Having the ability to take classes online would have potentially helped her do both, but she said she have any online options at Shepherd.
An English major, Nicewander said obtaining her degree also is a fail-safe option, especially if her career in modeling doesn’t progress.
But the experience she already has under her belt in New York and Paris suggests she has the makings to become a fashion star.
After years of dreaming about the possibilities of walking a fashion runway, Nicewander traveled to New York in January for 10 test shoots. Nicewander said she was immediately offered six jobs during Fashion Week.
The work included presentations for Moon Choi and Dear Miller.
Dear Miller was a men’s show, but the clothing was presented as unisex. During the presentation, Nicewander said she had to stand still for about two hours while strangers walked up to her and inspected the clothing while taking pictures.
“It was like being a human mannequin” Nicewander said laughing.
Nicewander also has modeled for Cynthia Rowley, which is primarily a prom wear and dress brand. One of two outfits for what was her first runway show was a small wet suit and heels.
“I had to jump into a swimming pool wearing heels, it was crazy I had to swim across the whole pool,” Nicewander said.
Then at a show in Paris in July of 2019 she modeled for Courreges, a luxury brand in Europe that has yet to arrive in the U.S.
“It’s like $1,500 for a pair of pants.” Nicewander said.
Nicewander has been considered for big names in the fashion industry, but says she has focused on smaller jobs while completing her degree.
She currently models for e-commerce site called Rue La La.
“Rue La La is like a high-end TJ Maxx, they sell discounted Prada, Chole, Louis Vuitton, Louboutin, and Fendi.” Nicewander said.
She models 20-25 outfits with 15 minutes of shooting before the next outfit change for Rue La La’s website.
Nicewander said she also has to travel to Boston once a month as part of the job, but is grateful for the opportunity because it keeps her face out there and her goals alive.
Even though Nicewander still has challenges to face in the future her mother, Diana Shepherd, says that she is happy and proud that her daughter has become a model and is living her dream.
“It was always fun to watch America’s Next Top Model with Zoe and see her different reactions when the models were being critiqued and kicked off the show!” 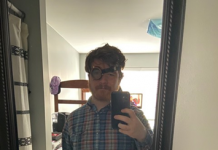 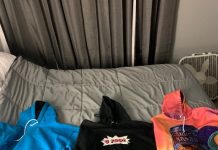 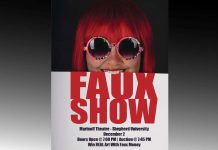