The Rams started the game slowly, falling behind by 10 early in the first half. Ten minutes into the game, the Rams found themselves down 30-17. It seemed they found themselves later in the quarter as the Rams cut the lead down to three. With a new found energy, the Rams headed into halftime down 41-35.

After halftime, the Rams got it together. Even though they were cutting away at the lead, it seemed the Cardinals always had an answer and stayed ahead. The Rams good effort was not good enough as Wheeling Jesuit put the game away.

Juniors Steffen Davis and AJ Carr of the Rams had solid games, with both putting up 11 points.

Coach Namolik spoke about his team after the loss:

“Before the game, we talked about how important rebounding would be, Wheeling Jesuit is the best rebounding team in the league. However, we weren’t able to rebound well and we gave up too many offensive rebounds that led to second chance points for them.”

“We need to put our last two games behind us, we lost to the number three team and number 16 team in the country. We need to regroup, work to get better each day, and finish strong,” Namolik said.

The Rams are to host Notre Dame Thursday at 7:30 pm. 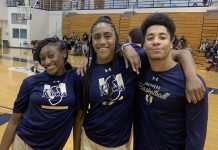 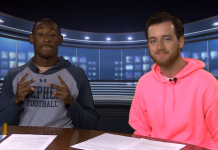