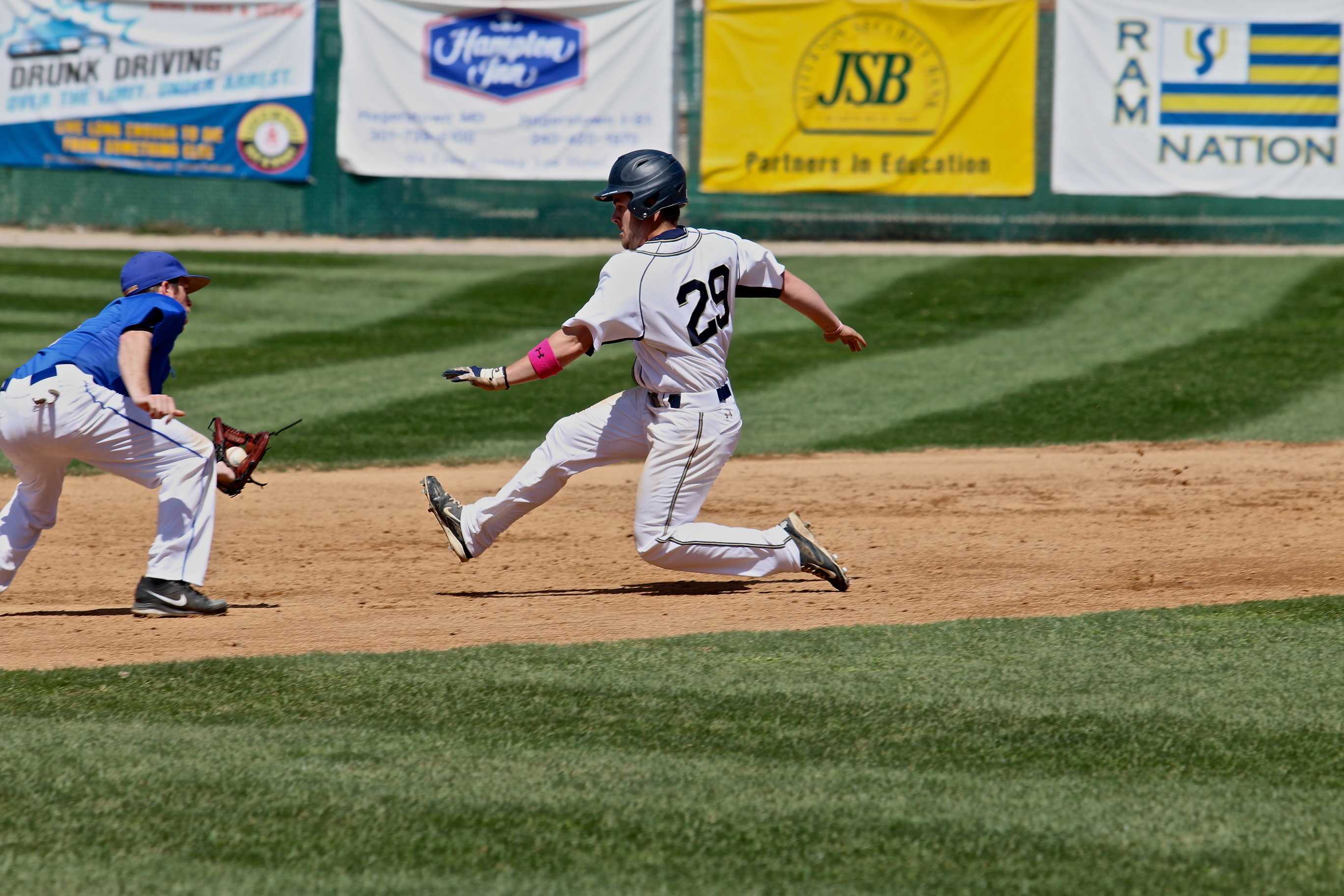 The Shepherd Rams baseball team has set a school record, extending their win streak to 15 games following series sweeps against Glenville State and Notre Dame (Ohio). The previous record was set in 1997 when that Shepherd Rams squad won 14 consecutive games. This win streak also matches the Rams’ total win mark for all of last season.

Not only are the Rams winning, but they are winning in convincing fashion. During the win streak, they have scored at least seven runs in 14 of their games, and over the last 10 straight, the Rams have knocked in at least eight runs per game.

Pitcher Paul Hvozdovic threw yet another gem as the Rams won 8–1 in the first game against the Falcons of Notre Dame. He pitched seven innings, only giving up one run on four hits and struck out 11. Hvozdovic now has five complete games on the season and has lowered his earned run average to 1.83 with a 7–0 record. With one more victory, Hvozdovic would become the first ever pitcher at Shepherd to reach 30 wins in his career.

In game two against the Falcons, the Rams won 9–4, and it was Michael Lott who went two-for-four with two runs scored and two runs driven in. Lott paced the Rams with a .439 batting average. Designated hitter Ryan Messina, second baseman Jacob Carney, as well as Coffey recorded multiple hit games.

Jamie Driver picked up the victory for Shepherd, pitching six innings while giving up three hits and three runs, of which only one run was of the earned run variety. Driver also recorded four strikeouts in the game. He is now 6–1 on the season with a 3.86 ERA.

Earlier in the week, the Rams traveled to Glenville State to face off against the Pioneers and they won both of their games last Sunday. Both games had the same outcome with a score of 12–1 in each game. No box scores were made available for either game.

The Rams hold a solid lead on second-place Urbana in the Mountain East Conference standings. The Rams hold a 22–4 conference record while the Blue Knights have a record of 13–5. The two teams are scheduled to face off four times two weeks from now in Urbana. The Rams will play their final two home series this week against West Virginia Wesleyan and West Liberty.