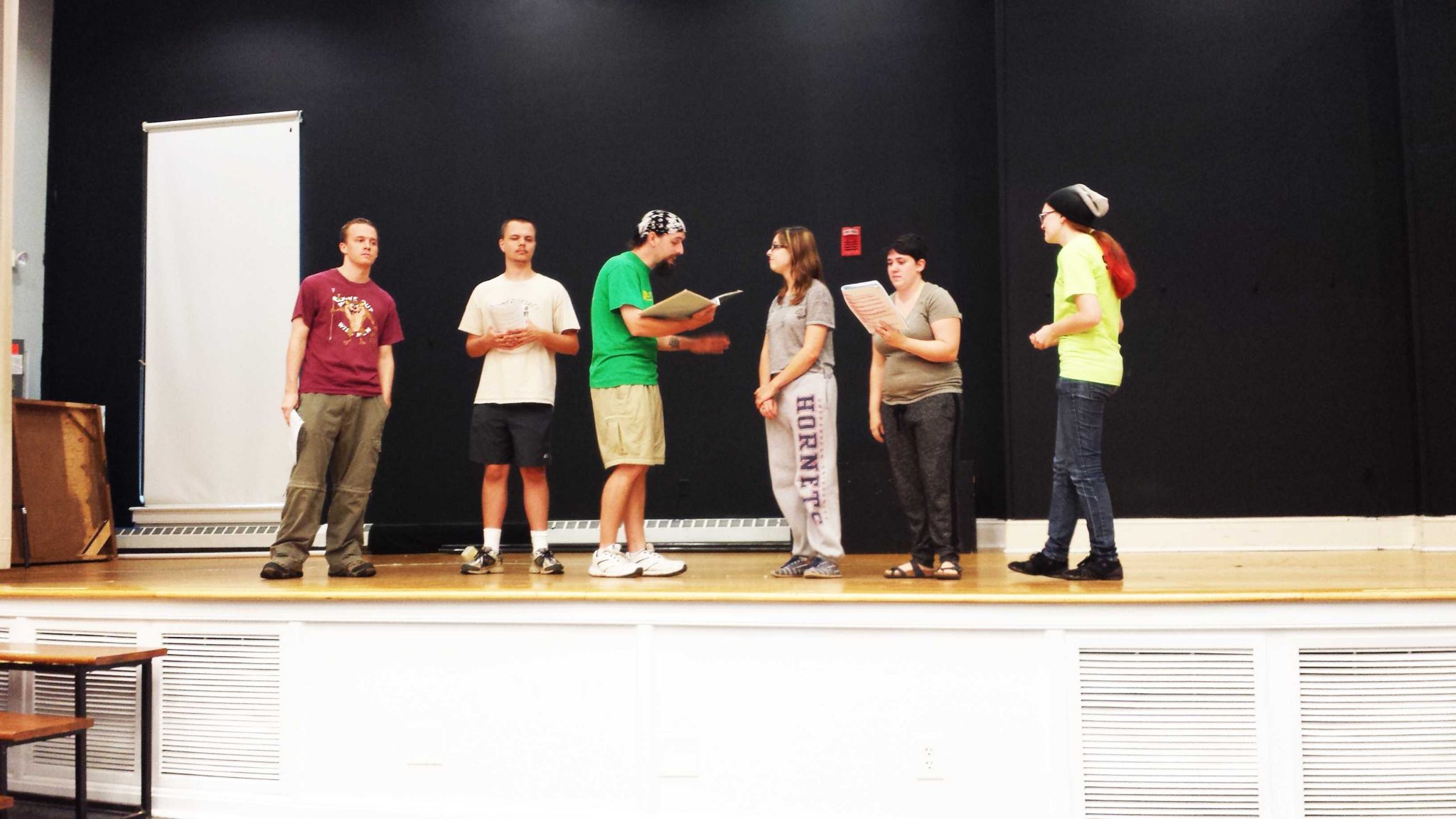 The opening of the Rude Mechanicals’ production of William Shakespeare’s “Much Ado About Nothing” started with a bang as the night was filled with love, loss, wacky policemen and miscommunication.

The night started with an interlude; there were a couple of students playing musical instruments with a few girls dancing on stage. It was a nice inclusion of this scene as the audience can see and hear the type of music and dance to solidify the setting of the play.

“Much Ado About Nothing” tells the tales of interconnecting love stories that result in misunderstanding. Don Pedro arrives in an Italian city, and Leonato, the governor of the city, lets them stay with him. Claudio, Don Pedro’s soldier, falls in love with Hero, the governor’s daughter, and gets engaged.

Benedick, another one of Don Pedro’s soldiers, has a love-hate relationship with Beatrice, Leonato’s niece that could be described as antagonistic.

Two of the standout performances belonged to Kevin Tamplen and Caitlin Shambaugh, who play Benedick and Beatrice. The way those two played off each other really brought their characters to life. In their first scene together, the two of them bicker and really push each other’s buttons. It was also quite hilarious to see both of them, at separate times, hide in bushes to eavesdrop on their friends.

In term of visuals, the masquerade ball scene was interesting to watch as many characters with masks were dancing on and off stage. The scene also included musicians to play the background music as the characters speak. However, at times, the music was loud enough that the audience could not hear the actors talk to each other.

The wacky police squad was the highlight of the play. Dogberry, played by Jeannie Moore, and Verges, played by LaShawn Tolson, were the policemen who hired local watchmen, played by Rebecca Tidwell and Alex Hale. Anytime these four entered the stage almost guaranteed laughter from the audience. Dogberry was the first one to run on stage with Verges behind him waving his cape. The four of them also had incredible timing as they often coordinated their motions and actions with each other. An example is when Dogberry tells the men which direction to go. The three of them followed his movements as Dogberry continuously pointed to the left and right.

The Rude Mechanicals’ production of the Shakespearean comedy was wonderfully casted, and had as many touching and poignant moments as there were funny times.