(THE PICKET) – Adversity is something we all face at some point in our everyday lives. For athletes, adversity is faced on a daily basis. There are players like Marshall Mundin where adversity is something he’s become accustomed to. After sitting out an entire football season, Mundin returned to competition believing he had three years of eligibility remaining, not aware of having a year taken from him from his previous school, Hampton University.

Mundin could have let the fact of his college career being cut short detain him from obtaining his ultimate goal, to play in the NFL. Not many college football players are blessed to even make it as far as Mundin has, not to mention Division II players. The last Shepherd football player that was drafted was Wayne Wilson, who was selected with the 324th pick of the 12th round in the 1979 NFL draft by the Houston Oilers. To many, the chances of making it to the NFL from a Division II school is a “longshot”. Mundin is on a mission to show people it can be done.

The 6-foot-6 280-pound defensive lineman from Richmond, Virginia made a great case for himself to NFL teams. In Mundin’s senior season he notched 30 tackles, eight tackles for loss, 7.5 sacks, and two pass breakups.

“He’s a sky scraper, obviously the biggest person on the field. He made my job easier because he attracted all the double teams,” says Myles Humphrey, teammate of Marshall-Lee Mundin for three years. 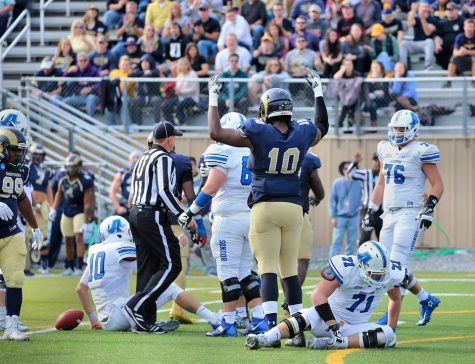 Mundin is asked frequently who he compares himself to in the NFL, he said “Calais Campbell, he’s the same size, and he plays multiple positions on the defensive line, I’ve been watching film on him and we are literally the same size.” Calais Campbell is a defensive lineman for the Arizona Cardinals, a guy who when he walks into a room, you know he’s there. The same type of vibe you can get from a guy like Marshall Mundin. Size is just something you simply cannot teach, Mundin’s, just like Campbell’s potential leading up to the draft skyrockets because of their size alone.

In the past two years Shepherd University’s football team has been nationally ranked in the top 5 (D2), won back to back conference championships (MEC), won back to back regional championships, two final four appearances, and one national championship appearance. During that span, the Rams defensive line unit has always been mentioned as one of the best in Division II. Last year the Rams totaled 50+ sacks which was ranked as top 5 best in college football. In 2014, the Rams were the stingiest run defense in college football only allowing 44.3 yards per game. 2014 was the fourth consecutive year the Rams were named the top run defense.

The transition from college football to the NFL is a huge jump. Playing in the NFL is an honor that not many get to be a part of. Marshall Mundin knows how much his life will change if he was blessed to play for an NFL team and is confident. 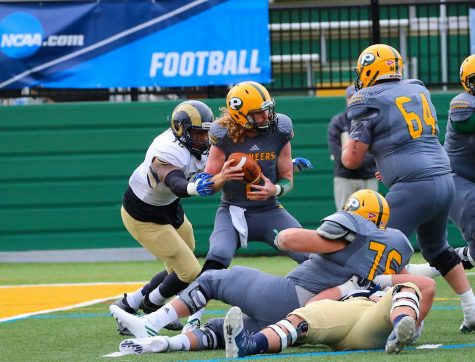 Jay Berwanger, a halfback from the University of Chicago was selected number one overall by the Philadelphia Eagles in the first ever NFL draft. Berwanger never played a snap in the NFL because he believed that the NFL wasn’t a “lucrative career” in 1936. Since then, things have become a lot different for NFL rookies. The NFL draft is a time where college athletes have the opportunity to embark on their journey of becoming an NFL player, once you are selected or signed as an undrafted free agent your life is changed in a major way.

Mundin shared that a few NFL teams have expressed interest during this process and that he is confident that he will have an opportunity to make something happen in the NFL.

Ryan Sturdivant is a sports writer for The Picket. He can be reached at rsturdivant19@gmail.com