Students of a Shepherd University Aesthetics and Art Criticism class participate in and design the Faux Show. The show is a role-playing game where students imitate the work and likenesses of art celebrities.

Eight students will imitate one of several art celebrities. Four other students will be enacting the role of art dealers, while one student will be the director whose role closely resembles an auction house. Some of last year’s celebrities included Ringo Starr, Philippe Druillet and Marina Abramović.

Hunter Garcell, a recent graduate of Shepherd University said he picked Druillet because, “I love how much he overworks his art, everything is so high-detail. Even if it’s unrealistic that’s a style I try to achieve.”

Guests will be able to purchase and take home real works of art done by the Shepherd students using faux dough, which is fake money guests can get by spinning a wheel upon entry.

Evan Boggess, the instructor of the Aesthetics and Art Criticism course, said, “The goal is to give students a close-up experience in microcosm about how the economy of the ultra-high-end art world functions.”

“The students will draw up contracts between artists and dealers. Dealers will develop targeted advertising campaigns to promote their artists for a commission. Both parties will coordinate with the director to structure the entire event. Each student is competing to make the most money from the Faux Show,” Boggess said.

While the show is free, guests can give $5 to spin the wheel again to get more faux dough to spend during the event.

“Hopefully, guests will learn about some of the major players in the contemporary art market and play a supporting role in this instructive game,” Boggess said. 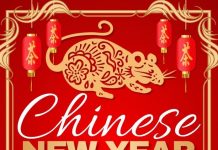 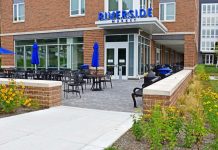