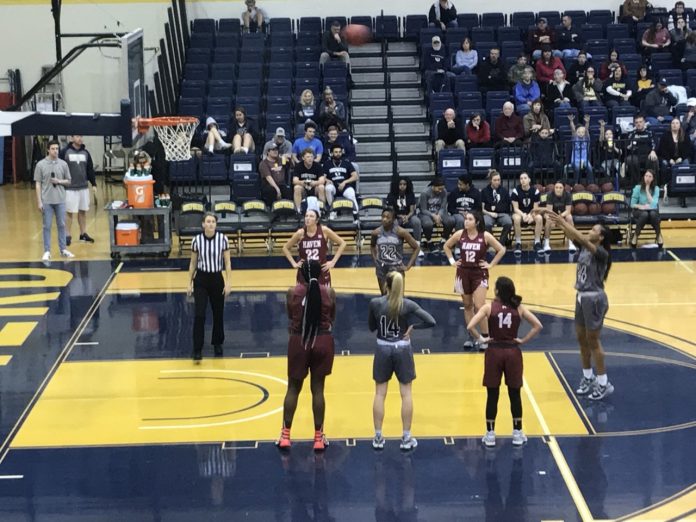 SHEPHERDSTOWN W.Va., – The Shepherd women’s basketball team won their first round matchup in the Pennsylvania State Athletic Conference (PSAC) tournament on Monday in the Butcher Center against Lock Haven.

The Rams will take the 81-59 victory into their quarterfinal game on Wednesday against Shippensburg University, who they lost to in a tight battle last week.

“We knew if we locked down on defense and limited our turnovers and controlled the tempo, we would have a great opportunity to win,” Shepherd head coach Jenna Eckleberry said.

Shepherd (14-8) came into the tournament as the fourth-place team, with Lock Haven (12-10) following close at fifth.

Sydney Clayton, junior guard for Shepherd had 19 points with freshman guard, Abby Beeman trailing behind with 18 points. Beeman also had a career high of 14 assists.

Clayton and Beeman weren’t the only players for Shepherd to score double digits. Junior guard Marley McLaughlin had 16 points and freshman guard Jordan Smith added 12 to the Ram victory.

“Right now, we are focused on making on making a run into the tournament. We know the challenge of Wednesday’s game but we are also confident in our team and ourselves to get an upset,” said Eckleberry.

The Rams will head to top seeded Shippensburg on Wednesday for a 5:30 p.m. tipoff.