In 1981, on a Saturday morning a young journalist named Joyce Barrett was hired for her first newspaper job at the Sun News in Myrtle Beach, South Carolina. Everyone in the newsroom was young just like her and just starting out.

“As I’ve always said, journalism is a front-row seat on life. Journalists can call anyone they want, they can get in places others can’t and they can see things before others, It’s the best job in the world,” Barrett said.

Barrett said she knew since she was in fifth grade that she wanted to be a reporter, after her teacher recognized her writing talent. Although her father disagreed with her career choice saying that she should work as a secretary or a nurse, just in case she was forced to work and her husband couldn’t afford to support her. “Fortunately, I didn’t listen to my father,” she said after explaining how the attitudes towards women working was different back then.“I worked about 60 hours a week, and loved every minute of it,”. Barrett said referring to her first job where she worked for five years.

After working in  S.C., Barrett has traveled around the world to places I have never heard of. Before leaving the U.S. she worked in D.C., where she was located for 10 years. “Covering Capitol Hill for Fairchild Publications… I primarily wrote for their newspaper, Women’s Wear Daily. I covered trade and business issues in the Hill. It was great fun,” she said going in depth on her time in Washington.

The traveling started when Barrett’s husband joined the Foreign Service, first moving to Swaziland and Botswana. “That’s when I became a media trainer, and throughout our decade traveling the world for the Foreign Service, I trained working and aspiring journalists.” Not only has she reported big stories on the hill but also has trained young journalist in multiple countries.

“I worked across southern African, Central Asia, Southeast Asia, Eastern Europe and the Middle East,” Barrett said, then went on to discuss how she also advised countries on their work with the media. Her work with these countries wa through a contact with the U.S. Department of State. “Also during the Foreign Service, I worked as a freelance reporter. I continued to write business stories for the Women’s Wear Daily from places such as South Africa, Iraq, Burkina Faso, Thailand, Cambodia and Vietnam…” Barrett said. “I also freelanced for the Associated Press about terrorist attacks in Africa during the late 1990’s,”.

It wasn’t always easy for Barrett in some countries, “It was difficult because many Serbs were suspicious of me because I was an American and they thought I was a spy,” Barrett explained about her job teaching in Belgrade, Serbia. She went on to tell me about how her students suffered from post-traumatic stress disorder from the NATO bombing.

She even advised the government of Burkina Faso during a time of national crisis. One other life threatening job was when “I was doing media training in the Republic of Georgia, the Russians invaded northern parts of the country and I was caught in the war,” she responded, when asked about some of her favorite memories as a journalist. During that war she freelanced for the Washington Post. One of her most interesting jobs was when she returned to the U.S., “I worked as an editor at Congressional Quarterly for two years. I helped manage our coverage of 9/11. I also handled our Hill coverage of taxes and trade,” Barrett said.

One of her other favorite memories was in 2007, “when I was in Iraq during the war in 2007 consulting with the government on media relations and doing some media training, the base where I was staying was bombed..” Barrett also flew in a Blackhawk helicopter during her time in Iraq.

With such a well-rounded resume I felt it was necessary for me to ask how she ended up here at Shepherd. Her response was surprising but yet aspiring, “because of my enthusiasm for journalism, I’m happy to try to spread this enthusiasm to students. I don’t reach everyone, but maybe the one or two I can influence means in a small way i’ve had some impact. Also i like being around college students,” Barrett expressed , sharing her knowledge on young journalist here in Shepherdstown. She is the faculty advisor for the Picket, sharing her enthusiasm with the staff, with a mindset of making the Picket operate like a professional newspaper.

“During my time as editor Joyce influenced me as a journalist in many ways. But I believe the best thing Joyce ever did for me as a journalist was having me step outside of my comfort zone. I learned quickly if you want information you have to go find it. And that can be uncomfortable but worth it,” former editor Samantha Gray said. Gray then went on to say, “I think anyone who gets to work for Joyce is fortunate and can only benefit from her knowledge and guidance, I know I have.

“Joyce’s greatest quality is her ability to push students and get them to a achieve higher grade of their potential. Before joining the newspaper, I’d say I knew a substantial part about the news but did not know it’s inner workings. Joyce is how I learned more. Her experience is beyond excellent, and the way she is able to give that experience onto her students is incredible.” sophomore reporter Chloe Johnson stated.

Barrett had some advice for young up incoming journalist,“anyone who wants to become a journalist needs to be a reader so they know what good writing is, and they need to have curiosity and be willing to talk to anyone and ask anything,”.

One of her other interest is her backyard garden that she calls her “homestead”, where she grows heirloom seeds from tomatoes that she got from the Republic of Georgia, and many other vegetables.

Justin Cole is the Editor in Chief of the Picket, he can be reached at: jcole07@rams.shepherd.edu 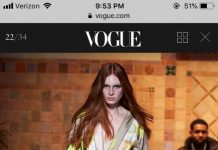