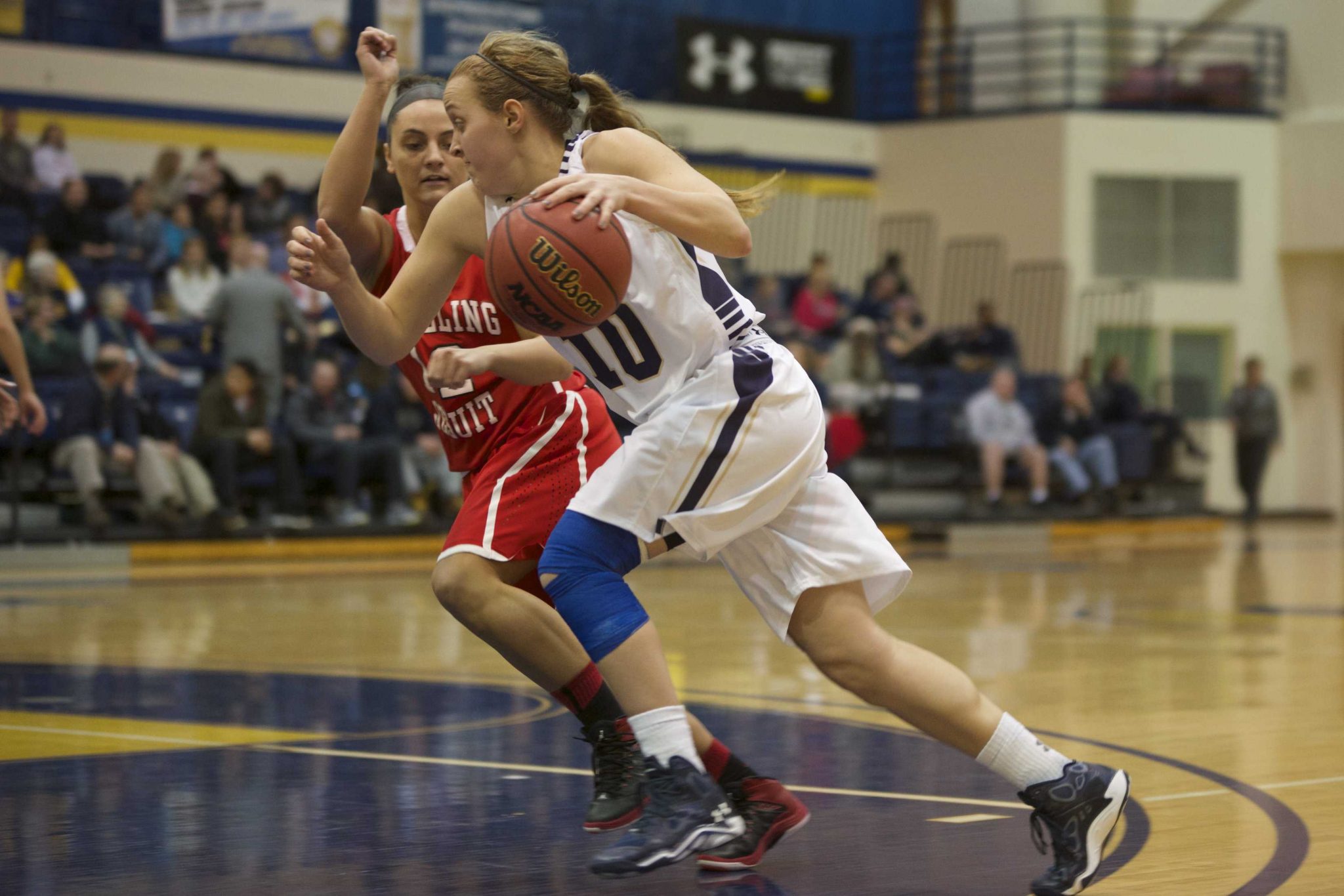 Once again, the Shepherd Rams women’s basketball team have had to tack on two more losses to their record, knocking them down to 2–20 on the year and putting them in second to last place in the Mountain East Conference.

Thursday night’s game against the West Liberty Hilltoppers was a high-scoring and close game that left the Rams with a final score of 105–98 and another loss on their record. The Hilltoppers maintained the lead for a majority of the first half until the Rams tied up the game with less than four minutes in the contest, and they held the lead until the end of the period, closing out the half with a score of 49–46.

Minutes into the second half, the Hilltoppers tied up the game, bringing the score to 57 apiece. West Liberty then took the lead and managed to hold onto it throughout the remainder of the game.

Contributing to the high score for the Rams was junior center Gabby Flinchum with 28 points, redshirt freshman guard Cara Mason with a career-high 26 points, and junior guard Rachel Johnson with 20 points. The Rams shot nearly 42 percent from the floor, 23.5 percent from behind the arc, and 78.3 from the charity stripe.

Saturday’s match-up was not nearly as close nor as exciting. The Rams fell to the Wheeling Jesuit Cardinals 90–63 and trailed for the game in its entirety. The Cardinals closed out the half with a lead of 48–30, and then continued to rack up points against the Rams for the remainder of the game. With 1:19 left in the game, Wheeling Jesuit had their biggest lead of 35 points. Johnson made a jump shot to lower the lead to 33 points before the game ended.

Johnson led the Rams with 17 points. Forward Jimyse Brown, the honored senior of the game, finished her final home game with 15 points. Shepherd shot 37.7 percent from the floor, 33.3 percent from beyond the arc, and 85 percent from the line. The Rams were also hurt by the 30 turnovers they committed.

Jaila Bryant, who scored 18 points, and Breanna Butler, who scored 17, helped to lead the Cardinals. Taneka Lewis also tacked on 14 points, and was followed by Jaana Motton with 13 points. The Cardinals connected at a solid 54.2 percent clip from the floor, a pedestrian 27.3 percent from three-point range, and 76.5 percent from the charity stripe. 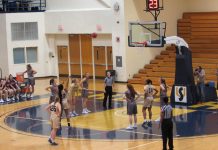