PG-13 Nazi comedy Jojo Rabbit is a singularly cathartic experience. It’s not for the individual, but for generations of people. The trailer left a touchy impression, threatening to trivialize the plight of the Jewish race during World War II, but writing as a Jew myself, I can assure that it is with much taste and grace that Taika Waititi instead trivializes the power of the Nazi regime.

The jokes are quite clever, the writing is charming and the characters are heartwarming. Above all, the child performances are some of the best in cinema history in my opinion (following perhaps The Florida Project). Leading man Roman Griffin Davis, being only 12 years old, carries an unbelievable amount of emotion, and is comedically adept– a very rare thing to find in young talent. Scarlett Johansson is as great as she always is, and gives an empowering image of German allied sympathizers during the war.

Waititi continues to prove himself as a director and cultural icon. He acknowledges the significance and trial of this movie, having himself played the part of Adolf Hitler. Waititi’s success is also defined in his Academy recognition, something few foresaw. It is very unlikely that it will be given the award for Best Picture at the 92nd Oscar award ceremony, but the fact it was nominated speaks to the positive changes in the Academy voting space.

This film is something special– a fun, sad, twisted look at the light of humanity in the face of catastrophe. I give this film a 3.5 out of 5. 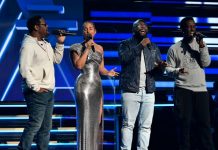