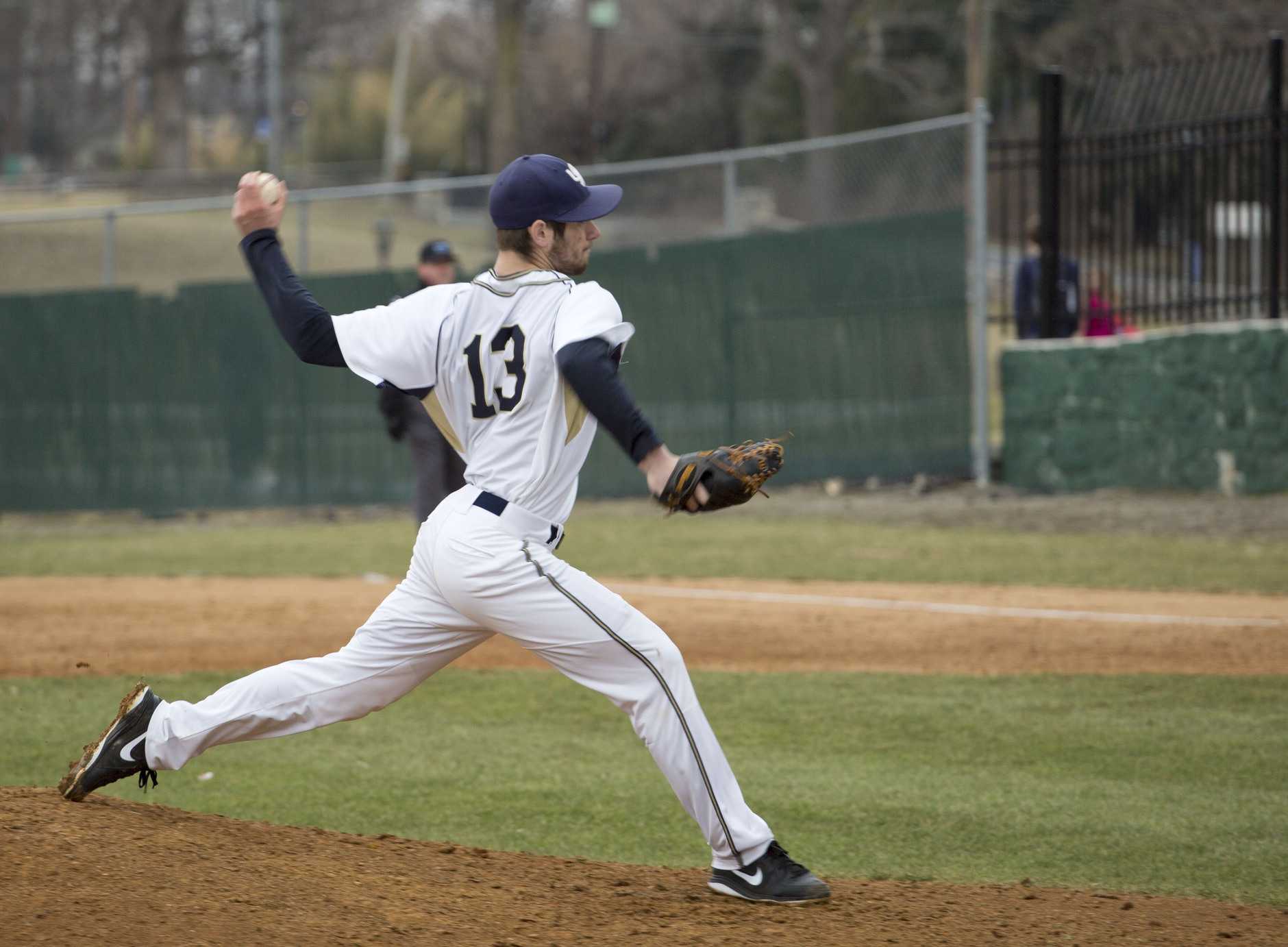 Paul Hvozdovic, the left-handed pitcher for the Rams baseball team, is currently in the midst of a historic season. His hard work and determination is paying off, and he has helped the team navigate its way to first place in the inaugural season of the Mountain East Conference. However, this did not come easy, and he even had to deal with a life-scaring moment from the game that he loves to get to where he is today.

Paul “The Iceman” Hvozdovic was an average pitcher in high school. He attended Herndon High School in Herndon, Va. The left-handed pitcher could throw his fastball between 78 and 80 miles per hour and could also mix in two other pitches, a curveball and a changeup. However, they were not very effective. At least to that point, anyway.

In his senior year, Hvozdovic broke out. It was a happy accident that led to him being recruited to Shepherd. Former Shepherd coach Wayne Riser attended a game in Herndon early in the season to get a look at the school’s shortstop. Hvozdovic took the mound and had a great outing. He did not allow any runs and gave up two hits while striking out 10 batters. He said that was the turning point in high school for him. This caught Riser’s eye immediately.

Later on in his final high school season, the scare happened. In an at bat, he laid down a bunt and hustled down the first base line. As the opposing pitcher made the throw, the first baseman stretched out for it and his elbow connected with Hvozdovic’s chest region. He was in pain, but a rush of adrenaline made him feel aware and decent enough to stay in the game. The next batter got a triple and he scored. “When I got to the dugout, I knew something was wrong,” Hvozdovic recalled. “The adrenaline wore off and I had a hard time breathing.”

Hzovdovic went to the hospital, only to realize he had a collapsed lung. He required surgery, and had to have half of his left lung cut out after dealing with an infection. He said that they had to put a chest tube into his side and that helped regulate his breathing.

While he was in the hospital, Hvozdovic received an unexpected phone call. “I got a call from Coach Riser,” Hvozdovic said. “I was worried that I wouldn’t be able to play. He reassured me and offered me a spot on the team. He told me to just take my time and make sure I was healthy.”

Despite being in the hospital, Hvozdovic knew that he had to play. “I had to play college baseball; I couldn’t end my career like that.” Nothing can stop Hvozdovic’s love for America’s favorite pastime. He said that he cannot even remember his life before baseball was introduced to him.

Hvozdovic’s grandfather was briefly a part of the Washington Senators minor league system and says that they still have the contract. “When I saw that, it motivated me and made me want to play,” he said. Even a collapsed lung wasn’t going to keep Hvozdovic off the field for too long.

Opposing batters probably wish that Hvozdovic hadn’t chosen to pitch at Shepherd. Following a rough freshman season, “The Iceman” has been dominant ever since. In his sophomore and junior years, Hvozdovic tied the school record with 10 wins in each season. He also recorded over 80 strikeouts in each of those two years. He earned himself a spot on the West Virginia Intercollegiate Athletic Conference first team as well as achieving second team on the National College Baseball Writers Association his sophomore year, as well as honorable mention in his junior year.

The southpaw has worked to fine tune his pitching arsenal during his time at Shepherd. He can now throw a fastball, a curveball, as well as a changeup well enough to keep hitters off balance. He could throw all three pitches in high school, but not nearly well enough to stand out.

Last year, the season ended on a sour note for Hvozdovic. In the final game of the season, the Rams were playing a postseason game against Millersville. Hvozdovic cruised through the first two innings. With a one-run lead going into the third inning, everything went wrong. He gave up eight runs in the inning without recording a single out. He said a bad outing like that “makes me hungry” and that “no matter what, someone out there is better.”

This year, “The Iceman” has taken his game to an even higher level. He currently sports a 9–0 record with a 1.43 earned run average, 81 strikeouts in only 69 innings, and has only walked five batters. He takes great pride in his command, and the five walks over the course of the entire season are a result of that. This season, Hvozdovic took over the spot for most wins in school history by a pitcher, as that number has now reached 32. The previous record was held by Ty Hart who had 24 wins. Hvozdovic is also closing in on 300 strikeouts over his career at Shepherd.

The Rams as a team have been having a phenomenal season, and Hvozdovic contributes his success to his team as a whole. “We have a lot of swagger, and teams see that based on our record. They get kind of nervous,” Hvozdovic said. “When teams are scared to face us, that brings out our competitive spirit,” the Herndon, Va. native went on to say. He added that the worst possible thing for an opposing player to do is to stare down into the Rams dugout, as that brings out the best in all of the players.

As a senior with team leadership, Hvozdovic has also helped mentor the younger pitchers in a way. “Between innings, or if they are doing something wrong, I’ll help show them how to fix it,”  he said, though he added he did not want to do it all the time, as he does not want to come off as overpowering to the others.

The Rams are currently 31–10 on the season, which nearly doubles last year’s win total, and are close to securing the top record for the Mountain East Conference this year. Despite the great season, the work is not done yet for Hvozdovic and the Rams. “We set our goals at the beginning of the season, and those goals are to win,” Hvozdovic said. “We aren’t going to lose; I would never tell you otherwise.” He added that “there is no second place ring. We all want that championship and that ring.”

Hvozdovic is a senior currently majoring in sports management. He says that after college, his number one goal is to enjoy whatever he is doing, hopefully involving baseball. But for now, Hvozdovic’s focus and number one goal is to help lead the Rams to a championship. Hvozdovic’s competitive drive helped get the Rams to where they are today, and without him, this journey would be a lot more difficult.