It has been nearly a month since I arrived in Barcelona. I won’t lie – it was a rough start.

I had been backpacking solo around Europe for two weeks before coming to Spain, pushing myself to my limits trying to see every inch of Paris and Dublin that I could. At the end, my immune system pretty much gave up on me.

The second I boarded the plane to Barcelona I began to notice how my body ached and my throat felt irritated and scratchy. By the time I arrived at my new apartment I was drained. I went through the motions for the first few days, meeting my fellow classmates, going on city tours with my program, and sitting through university orientations. Excited but overwhelmed, I got little to no sleep, opting instead to explore the city at night with my new roommates thus forbidding my own recovery.

To add insult to injury my purse was stolen on my third night in the city. Phone, wallet, ID – everything was gone. Luckily I still had my passport, but that was about it. I didn’t even have any cash left (thank God for Western Union and understanding parents).

Maybe this is a pessimistic way to begin writing about studying abroad. If you’re feeling turned off from the experience already, I understand, believe me. But know this, first and foremost: traveling isn’t just mountain vistas and beautiful ruins. I wasn’t expecting this to be easy by any means, but I still got a real wake up call.

I always believed myself to be self-sufficient in most areas of my life, but backpacking on my own around major European cities had instilled in me a sense of freedom I didn’t know existed. I learned that being alone can actually be one of the most terrifying but wonderfully freeing sensations. I got to know myself from a new perspective. Although I met many amazing people, I was my only true, constant companion in places where everyone else was a total stranger. I became my own best friend.

My arrival in Barcelona immediately put this new-found independence and self-love to the test. The first week was hell, and things kept going wrong. I didn’t understand why the city I had longed to become a part of didn’t feel as magical as I thought it would. All I wanted was to experience every part of Barcelona – the art, the history, the nightlife, the food. I was so eager to fall in love with the city, but all I felt was exhausted, stressed out, sick and confused.

Of course, eventually everything worked out. The day after my bag was stolen, I ran around the city (literally, as my $50 metro pass was stolen, too) attempting to put my life back together.

I filed a report at the police station, filled out insurance forms, and met with the representatives from my program, AIFS, who were extremely helpful. Seriously, this goes to show the importance of choosing a good program. Without their assistance I would’ve been completely lost, in more ways than one.

I received copies of most of the items that were stolen – apartment keys, a metro card, a student ID, and a debit card. I got a new phone and money from insurance to cover what was stolen. I spent my time in between my first few days of classes resting in bed until I felt better. I took control of the situation and I took care of myself.

After that first week, the independence that I previously found felt stronger than ever. Since then I have slowly grown into each part of Barcelona. I have seen art and architecture thousands of years old and steeped in history. I regularly get lost in Barcelona’s Barri Gotic, the gothic quarter of the city surrounded by ancient Roman walls, and every weekend my roommates and I check out a delicious new brunch spot or a rooftop bar overlooking the city (we haven’t been disappointed yet!). I’ve met many amazing people, both local residents and fellow international students. With every new experience I fall deeper in love with this place and feel a little more like I belong.

Mostly, I learned that there is a huge difference between simply being a temporary visitor in a city, as I was while backpacking, and settling down to live in a place for a period of time. The veil of magic can only be lifted so far when you spend a week somewhere, but when you’re settling down for the long haul, there isn’t much of a veil to begin with. It’s ripped off pretty quickly, or it doesn’t exist in the first place.

I was exhausted and sick when I arrived in my new city, so I first saw Barcelona’s beauty through weary eyes. Since then, I have explored, experienced, and learned. Now that I am a resident rather than a tourist, I am able to see both the bad and the good of the city and recognize that, just like traveling in general, Barcelona wouldn’t be complete without both. 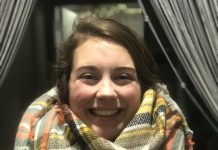 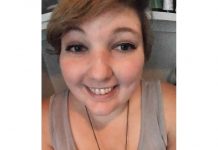 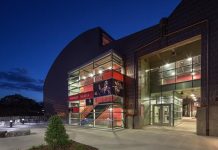 A Review of “It Was All a Miss Understanding”