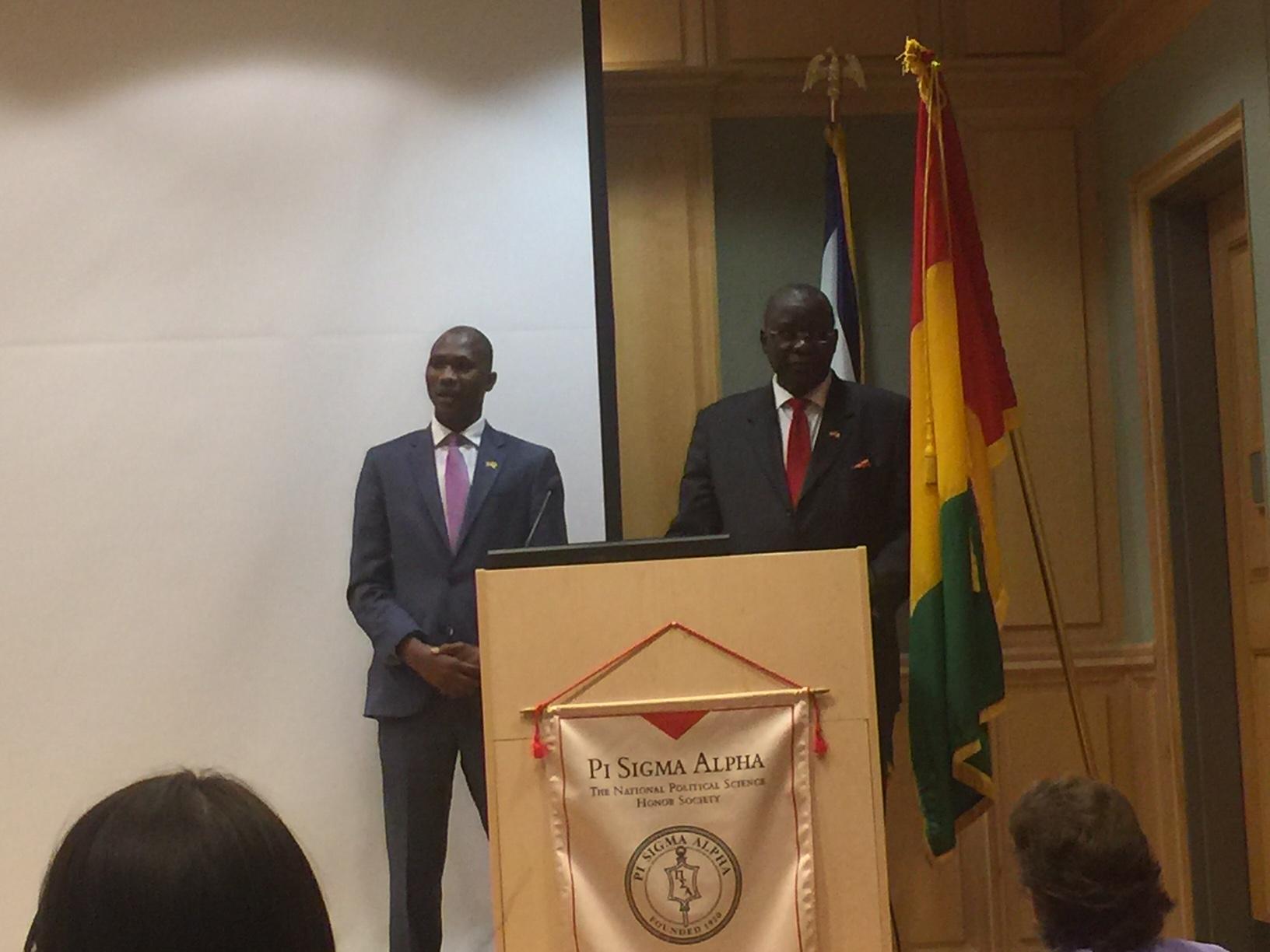 Guinean Ambassador Mamady Condé came to Shepherd University to make the case for U.S. businesses to expand to his country and to speak of the Guinean background.

“The country is both rich and poor,” Condé said. “We are calling on companies and organizations to help make our economy prosper and bring business here.”

The West African country sandwiched between Guinea-Bassau and Sierra Leone on the Atlantic coast owns two-thirds of the world’s reserve of bauxite, the raw material used to make aluminum, he said. Mining, however, has left water unsafe to drink and electricity is rare in many sections of the country.

In a Tuesday, Oct. 18, speech in the Robert C. Byrd Center for Congressional Studies building to a small crowd, Mamady acknowledged his country is struggling after the Ebola outbreak last year. However, the country is gradually recovering and Condé hopes companies will look to Guinea to further their businesses. The Guinean people are ready for more opportunities and with the growing population, Condé believes that these companies will prosper there.

“The country is open and has a very rich history,” Condé said. “Guinea has contributed to other African countries with our resources.”

Chace Jones is a staff writer for The Picket. He can be reached at cjones08@rams.shepherd.edu.