Home Commentary Shepherd University Students Talk about the University’s Recreational Facility, the “Wellness Center”
Share on Facebook
Tweet on Twitter
By Zoe Nicewander
SHEPHERDSTOWN, W.Va., — In its 10th year of operation, the Wellness Center at Shepherd University is in need of some new recreational offerings and upgrades, some students say.
“A sauna would raise the appeal for students like other gyms, but the studio rooms are completely underused and have the potential to allow so many more people to work out and feel more comfortable [doing so] if it were allowed,” said senior Mattea Hastings.

Opened in the summer of 2009, the facility’s website claims to have activities for everyone “whether you like to run, swim, lift weights, or shoot hoops, you can do all of these things in our facility and more.”
A cheerleader, Hastings says she only uses the track on a limited basis given the apparent impact it has on her body.
“The track could be improved… I can’t run on it too much and I think it actually hurts my shins,” Hastings said.

Nasheed Bridgeman, a senior living on campus, said he feels the Wellness Center suits everyone’s needs because it offers something for everyone and coordinates a variety of events, services and classes, but also shares Hastings view about adding a sauna to the facility.
“Who doesn’t like ending the day with a sauna session?” Bridgeman asked.
Fellow senior football player Andres Silva agrees that the facility could be expanded.
“Shepherd University is growing and so is the town…there are higher volumes of people exercising their membership rights and more stations would be appealing for that quantity of people,”said Silva, an accounting major.
Though Silva feels that the fees paid by students are fair,  he added that he has yet to see much maintenance or updates to the facility in his time using the facility.
Bridgeman, meanwhile, says he feels that some areas of the facility get more use by the community than students.
“I feel like the pool is under used by students … and that community members take more advantage of it,” Bridgeman said. “The pool could be a perfect place for students to interact if we used it more.” He added.

And then there are students like Shepherd University junior Ashlee Kuen who say they don’t use it the facility at all.
“As a commuter and someone who has no interest in working out, I do not understand why I’m paying hundreds of dollars per semester on a facility that isn’t beneficial to me whatsoever,” Kuen said.
Hastings said she would be “annoyed” to pay for the Wellness Center if she did not use it.
“Most students don’t know this, but you can get it taken off your bill, but of course, you lose swiping access to the area.” Hastings said.

Students are currently charged $78 per semester to use the
facility, while community members pay $65 per month for a membership. According to the university’s business office this fee is optional, but as Hastings said, one does lose access to the facility.
“The Wellness center provides a good area to enhance one’s own physical goals,” said Andres Silva who also said who uses the basketball courts most frequently. 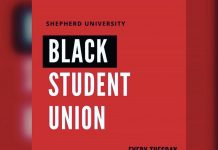 A lack of minority representation on Shepherd campus 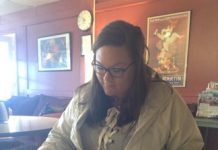 Midterm advice and rituals from students at Shepherd University 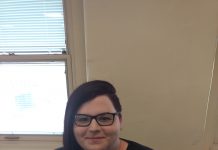